Are not five sparrows sold for two pennies? Yet not one of them is forgotten by God.  Indeed, the very hairs of your head are all numbered. Don’t be afraid; you are worth more than many sparrows. – Luke 12:6-7

It started Sunday night around 9:30 – barely noticeable at first.  That slight rush of adrenaline, the tinge of anxiety, and finally the feeling of dread realizing that in the morning, I would begin a new week at work.  I am not proud to admit this.  I work very hard not to live for the weekend and I certainly don’t hate my job.  I am honored and blessed to work with some of the most amazing, dedicated and brilliant people I know.  But lately this hasn’t been enough to dissuade me from the apprehension and discouragement I have felt about my job.

In fact, I’ve been battling this since the very first day of the semester.  I’ve had challenges at work, struggles to accomplish things I need to get done, struggles to get questions answered, new and unexpected responsibilities and expectations with old and predictable outcomes.  My computer has become incredibly intuitive – it knows exactly what I need it to do and provides me with an error or failure only moments before I attempt it.  It’s even been difficult just getting there with traffic jams and road construction stretching for miles on most every route I can take into work.  When it comes right down to it, I can see what I’m facing.  Satan has chosen to attack me for a season.  His method: overwhelm him with a seemingly endless barrage of little things to bother and frustrate, providing just the right ingredients to bring about a level of total frustration that has impacted most everything I think, say and do.  It’s a common ploy of an enemy who pays attention to the slightest details, understanding that scaling a mountain of trouble is usually less problematic than the incessant pain of a pebble in your shoe.

So last night’s trepidation was not quelled in the slightest by my morning activities.  Woke up, prepared myself and the family for the work/school day, dropped off kids and began the trek to my classroom.  Not even MY classroom – but the one I had been substituting in for the last week with messages telling me that I may be in there for a week, two or twelve (grr).   This earlier class now requires me to pay additional latch key costs for my daughter (bigger grrrr).  So as I’m driving I get a call from my wife telling me her low tire pressure light was on and we’d need to check it later, but she’d hopefully be ok driving the rest of her route to work so don’t worry (Supersized grrrrrrrr).  As I hang up the phone I recognize that the Michigan Chapter of the Idiot Drivers of America were hosting an exhibition on the road all around me, giving me reason to say out loud that I must have accidentally flipped on the moron magnet in my car (Capital GRRRRR to the nth degree!).  Having finally navigated out of a more heavily populated stretch of road, I looked forward to a less hectic stretch of two-lane highway, or so I thought.

Up ahead of me, I noticed brake lights.  A car was waiting to make a left hand turn into his place of employment.  I slowed down and came to a stop a safe distance behind the car in front of me.  After a few seconds, I heard a loud crashing sound coming from behind my car and to the right.  I turned my head to see a car barreling through a wooded ditch along the side of the road.  From what I surmised, the driver had not reacted quickly enough to the cars braking ahead of her, so she attempted to use the shoulder of the road to give her more space to stop.  Unfortunately, the shoulder was damp and her car shot off the road between several trees until the front end finally veered into the embankment of the ditch, causing her to roll over before coming to a rest alongside my vehicle.  I immediately pulled my car over to the shoulder and dialed 911.  As I got out of my car, I noticed two other drivers who were behind me had also pulled over and were assisting the driver who had miraculously gotten out of her car complaining of little more than general soreness.  So the four of us made small talk and waited for about 40 minutes for the police and paramedics to show up.  During that time I went to her wrecked car several times to get items she needed or thought she had lost.  When the authorities did arrive, they took my statement, thanked me for my help and after a short prayer and hug for the driver, I was back in my car heading to work.

And now the story gets interesting… 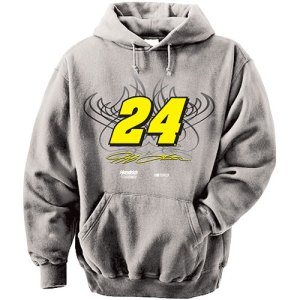 Realizing that I was never going to make it for class, I called a colleague to figure out what I needed to do for the course I was covering.  She informed me that the other professor had in fact returned and was at that moment beginning his class.  Moments after hanging up, I turned on my radio, where I heard that the major construction project that had been slowing my commute for months had wrapped up over the weekend and my preferred route was now clear.  I switched off the radio and realized that my hands were cold, so I diverted the heater to blow through the dashboard vents to warm them as I drove.  That was when I thought to myself how fortunate I was to have grabbed my hooded sweatshirt to wear today…

You need to understand something.  I love to wear baggy, comfortable hoodies, but because they often mess up my hair, my clothes, and leave a fuzzy mess on my shirt, I never wear them to work.  EVER!  Besides, the walk to and from my car at home and at school is 2-3 minutes maximum – not long enough to hassle with a sweatshirt.  Why did I grab a sweatshirt today?  Why did I choose that route for my commute today?  Why did I need to be in that spot at that moment?  I suddenly realized that it had very little to do with me.  Apparently, God also works in the finest details of our lives.  Christ tells us this in Luke 12:6-7, but this morning I was given an extremely clear reminder of this simple truth.  God had a purpose for me, and I fulfilled it without hesitation.  In the midst of my morning commotion and in spite of my rotten attitude toward it, I learned something incredible:

God loves me beyond comprehension, and just like any good Father, He didn’t want me to be cold.