“For I consider that the sufferings of this present time are not worth comparing with the glory that is to be revealed to us.” – Romans 8:18

Take a moment to think back to the history classes you took back in school. If your experience was like most of us, you were required to memorize specific dates that held historic significance. See if these stir up any memories…

AD 29 – The crucifixion of Jesus Christ

Struggling with that last one? Did it happen after you graduated from high school? Were you too busy going to work or raising kids or if you were like me, living in the disbelief that the Detroit Tigers might make the playoffs! But no matter what you were doing, my guess is that you didn’t realize that from this day forward the public launch of a website would forever change the way we live.

Facebook had already been around for over two years, but on 9/26/06 it became available to anyone over the age of 13 (insert eye roll) with an email address. Since that day, the number of people, businesses, and organizations who utilize the site has exploded. Today Facebook boasts over 1 billion daily users out of a world population of 7.5 billion. It goes without saying that a website with such a wide reach would create for itself a level of significance the likes of which the world has never seen. Consider the historic events that are now shared in real time on Facebook. Think about the connections people have made with friends and family members separated by miles and years. It’s a truly remarkable place filled with the most significant and impactful messages our society has to offer….

For as many humorous and fascinating things you see on Facebook, there are ten times as many things that make you cringe and shake your head. People complaining about their lives and the daily problems they encounter. For clarity’s sake, I am NOT referring to those people who have used Facebook to share health issues, to seek support or aid for crises that threaten health and safety, or to be supported in times of loss. I have joined you numerous times and I pray for you continually. I am speaking about those people who use Facebook and other social media sites to complain about mundane things in a feeble attempt to garner sympathy from their followers over head colds, burnt muffins, and anonymous people who should have known better (and you KNOW who you are)!

As I look at it objectively, it all seems beneath us. After all, we don’t care if somebody’s coffee is cold, if their Wi-Fi isn’t working right, or if she dislikes what her elected leaders did today. But based on the numbers I guess we do. We may casually pop a “Like” on someone’s post, or a teary face when the news is sad. We will comment when we totally agree with someone who shares our opinion, and when a dissenting voice appears we may feel inclined to start a “debate.” Social media is filled with these people called trolls, truth-seekers who seek to inject truth into the incorrect truths the other online truthtellers have truthed. It’s just my opinion, but I find it a rather lofty goal to create enough online discord to be likened to a mythical cave-dwelling giant or dwarf with a very ugly appearance! 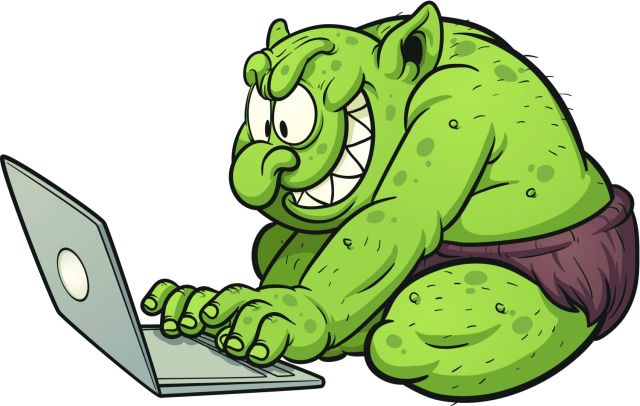 So what are we to make of this global phenomenon? For many, the advice given is to focus on the good and to filter out the bad. But I must admit that I sometimes find it disheartening to spend my “downtime” reading about things that are divisive and filled with anger and complaints or even worse; adding my own drama to the mix. Is this helping me to grow as a person or to unwind in preparation of my next accomplishment?

Many years before the launch of Facebook, the apostle Paul wrote the following words of encouragement to the believers in Philippi: “Finally, brothers, whatever is true, whatever is honorable, whatever is just, whatever is pure, whatever is lovely, whatever is commendable, if there is any excellence, if there is anything worthy of praise, think about these things. What you have learned and received and heard and seen in me – practice these things, and the God of peace will be with you.” So while it seems that people have struggled with focusing upon the positive things in life long before Mark Zuckerberg made it more convenient, Paul’s advice is well taken by modern Christians who choose to navigate the murky waters of social media. Seek to find ways to bring peace and love to others online. Lift up in prayer those who are troubled, and avoid those who choose to stir up trouble or who wish to share their negativity with anyone willing to take a piece. May our message of love and comfort be evident in everything that others will seek out the real truth that lives in us through the Holy Spirit.

And if you found this blog on Facebook, know that I already get the irony!

Author, Speaker, Educator, Husband, Father of two and follower of the One.
View all posts by day1of1 →
This entry was posted in Devotional and tagged A Mile in My Schu's, Christian Life, Christianity, Devotion, Devotional, Devotionals, devotions, Facebook, Faith, Philippians 4:8-9, Positivity, Richard Schumacher, Romans 8:18, Social Media, Trolling. Bookmark the permalink.