When he was at the table with them, he took bread, gave thanks, broke it and began to give it to them. Then their eyes were opened and they recognized him, and he disappeared from their sight. They asked each other, “Were not our hearts burning within us while he talked with us on the road and opened the Scriptures to us?” – Luke 24:30-32
It’s Lent – the time of year leading up to the celebration of our victory over sin and death through Christ’s resurrection.  For many Christians, it is also that time of year where decisions have been made to give up something to help them to better focus their lives upon the much greater sacrifice Jesus made on our behalf.  For many, giving up chocolate, fast food, Facebook, or some other vice serves as a test of will power – another opportunity to make good on a New Year’s resolution gone horribly wrong.  Some look at it as an accomplishment to be able to part with something they like for 40 days, only to return back to their habits once the Lenten season is over. 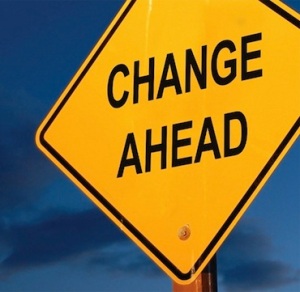 This is not necessarily the case for everyone.  I know some people who have started Lent intending to deny themselves something for 40 days only to find that they never go back to it.  What started as a simple exercise in denying oneself turned into a lifestyle change that provided a substantial benefit.  This leaves me wondering what the difference between the two might be.  How is it that one person can make a change for a lifetime while others only manage a few weeks?  As shown by the men on the road to Emmaus, the answer lies within our hearts.
As the two men walked to Emmaus with Christ, they were both unaware of the true identity of their companion.  When they did finally realize who He was, they began talking to each other about how they had recognized Him – compiling their proof in a sense.  What I find most interesting about this is that they aren’t using the typical identifiers to confirm their findings.  They didn’t say how they looked at His face, starred into His eyes, heard a certain phrase or noticed the wounds on his body.  Their evidence was internal:  “Were not our hearts burning within us while He talked with us on the road and opened the Scriptures to us?”
It was the power of the word being spoken by Christ internalized and applied into their hearts that made the greatest impact.  Christ’s words inspired them, released them and empowered them to go and do great things for the kingdom in His name.  We don’t know much more about these two men or what their future endeavors might have been.  What we can postulate from this encounter is that their conversation and the change that it brought about inside of them were far from temporary.

Even today, the word spoken over our lives continues to make a tremendous impact.  A person committing themselves to a Lenten sacrifice will have far more success if they are seeking God’s strength to accomplish the task.  But what’s more is that any change that we seek in our lives can be brought about by seeking God’s will and aligning our prayers and focus to it.  This isn’t saying that you can ask God to make your salad taste like a bacon cheeseburger, but if your prayer is better health through a better diet, you can certainly pray that God will strengthen you to be content with the salad in line with His word that we are to care for our physical bodies.  Aligning our wants to the will of God in our lives will produce a change that will burn within our hearts, allowing us to feel the power of the Holy Spirit alive in us, leading us to become the men and women God has created us to be.
Today as you begin your work week and set out to meet the goals that you have set for yourself, God’s word will fill you, driving you to accomplish more.  It will guide you, leading you to make God pleasing decisions in all things.  It will renew you, providing strength to deal with issues and struggles all the while keeping your focus solely upon His amazing power and love.

1 Response to Change Ahead