Not What it Seems 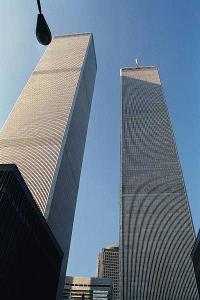 As our nation remembers the horrors of September 11, 2001 many of us are remembering where we were and what we did on that terrible day. My memories of the day are varied – a mix of professional obligations and personal interpretations of the events and their significance.  I’m sure that many of us can look back upon the day, clearly remembering where we were and what we thought.  I’ve had many conversations with friends describing those recollections, so I am not going to use this post to restate them.  In fact, the thoughts that I have regarding the day are based upon an event that took place several years later.

While teaching my seventh and eighth grade social studies class a few years ago, I made a reference to the 9/11 attacks. I didn’t get the informed response I had expected.  After thinking about it for a moment, I realized why; these students were just young children when the attacks took place.  Their families didn’t subject them to the continual news coverage, and even if they did, they were too young to grasp it.  With that realization, I decided to develop a unit on the events of September 11.  Part of that unit included watching a documentary about the attack.  The show takes you through all of the events of the day in chronological order – giving the viewer a vivid picture of the destruction and our reactions as hours unfolded.

At one point in the film a cameraman went out into the courtyard between the two towers and pointed his camera to the tops of the buildings to document the damage that they had taken.  As the scene unfolds, the narrator explains that in the panic and confusion of the day’s events, nobody had turned off the Muzak recording that played soft music in the courtyard.  So as you see the images of the damaged buildings with debris cascading to the ground, flames and smoke billowing out of the windows, you hear an instrumental version of Billy Joel’s “She’s Always a Woman” playing softly in the background.  That image of death coupled with love struck me the moment I first saw it and it has remained indelibly etched into my mind ever since.

What I find most interesting about this moment captured on film is the contradiction.  Here in the midst of destruction we find hope. Surrounded by death and hate exists a quiet message of love.  For me, this exemplifies the amazing love of God the Father, confirming Paul’s words in the eighth chapter of Romans:

“For I am sure that neither death nor life, nor angels nor rulers, nor things present nor things to come, nor powers, nor height nor depth, nor anything else in all creation, will be able to separate us from the love of God in Christ Jesus our Lord.”

Now let me to take this one step further.  In the song, Joel describes a woman who is elusive, conflicted, and self focused.  She holds back, sends mixed messages, and is unapologetic when it comes to those things that are important to her – even if they conflict with the needs of others around her.  But in spite of this he declares his continued love for her.  So we have a love song about contradictions being played in the most contradictory of circumstances.  Just as the singer’s love remains constant in spite of his lover’s bad behavior, God’s love never wavered, even at Ground Zero.  His love is our strong tower – one which hatred and anger can’t ever destroy.

As we recognize this terrible anniversary, may we give thanks to God for His continued love and good gifts, especially the gift of His Son, Jesus Christ.  Pray for comfort for those who still mourn, continued blessings for those who ministered to the needs of the hurt and dying, and for all mankind to know the fullness of the unbridled love of God that lives in every corner of our world.